Nymphenburg, a large white and gray Baroque palace with yellow ornamentation and red tiled roofs, was originally the summer residence of the Wittelsbach Electors in the 17th century. Extending more than 600 meters from wing to wing, this vast palace is surrounded on each side by the Nymphenburg Canal, which splits as it passes around the main buildings before reuniting again in a fountain-adorned pool in front of the principal facade. 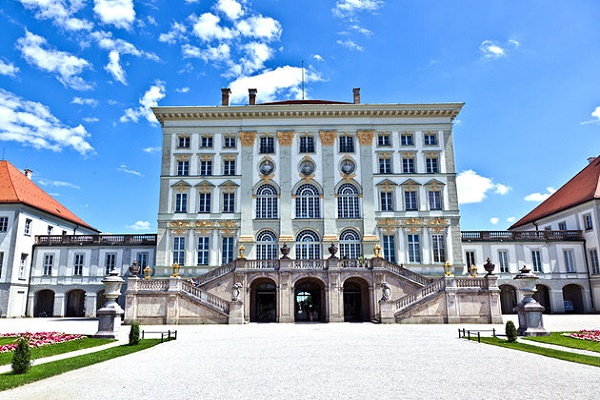 Your first stop should be the Central Pavilion, a cube-shaped palace in the style of an Italian villa completed in 1674 and home to the lavishly decorated three-story Stone Hall (Steinerner Saal) and a number of private chambers with fine furnishings and artwork. Also of note is the Palace Chapel (Kapellenstock) with its wonderfully expressive ceiling painting illustrating the life of Mary Magdalene, and the Marstallmuseum in the former Court Stables with its beautiful state coaches.

Be sure to visit the Amalienburg, a palatial hunting lodge known for its famous Hall of Mirrors. The magnificent 17th-century Nymphenburg Park is also well worth a visit. Highlights of this lovely walled garden include its many vases and marble statues of Greek gods, a large fountain, and a number of old hothouses, including the Palm House, home to Germany's first hot-water heating system. The maze with its Heckentheater (Hedge Theater) is another feature of the park not to be missed.